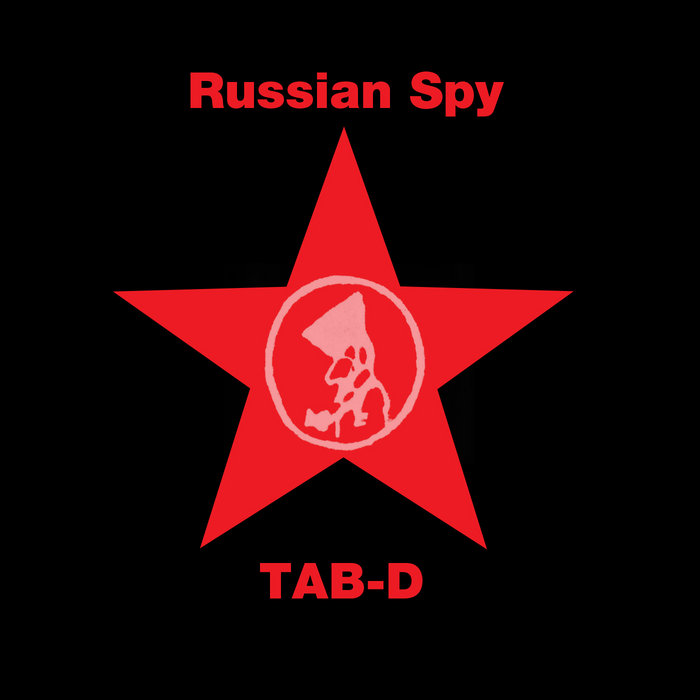 Originally written in 1979 by Boz Hayward this espionage punk anthem went under the radar for many years...

Growing up in the late1970s meant living under the shadow of the Cold War, with agents of the Eastern Bloc, real or imagined, lurking round every corner. For Boz Hayward, growing into teenage years and the thrill of punk rock, his espionage-themed song Russian Spy became an unlikely anthem, inspired less by political dogma than by Harry Palmer films, over-active imaginations, and muttered code-phrases on park benches.

Russian Spy would be performed by various of Boz’s teenage punk bands, gaining cult status among the local alternative cognoscenti, but it would take another couple of decades before the song made it to an officially recorded punk version, with Boz settled in Manchester and forming the band There’ll Always Be Diseases. Along for the ride were his old friend Bill Marten, the former bass player of local trash punk legends Inca Babies, with Gold Blade drummer Rob Haynes completing the trio.

Quick-reflexed punk surf guitar took the place of the balalaika, and tight, thundering bass and drums drove the song to a definitive recorded version.
Sadly the band came to a tragic end with death of Bill Marten in 2008, but their unreleased debut album was made available for download at tab-d.bandcamp.com

Russian Spy was also recorded during the album sessions but until now had never been released. Now, as the 21st century political landscape shifts back towards the bad old ‘us and them’ ideologies, Russian Spy is being sent out into the world as a download, the latest stage on its long strange journey.

Recorded by Pete Troughton at Studio Studio, Whitworth, Rochdale in 2006

Formed originally by Dermot ffrench and Boz Hayward in Newbury, UK 1984. TAB-D II started in 1997 in Manchester with Bill Marten (bass) and Rob Haynes (drums) joining Boz. Dermot and Bill are sadly no longer with us due to cancer and mental health issues. Disease has many forms. It is a part of life. With new viruses and diagnoses, ways of seeing change. We can all learn. Understanding is key. ... more

Bandcamp Daily  your guide to the world of Bandcamp